This website stores cookies on your computer. These cookies are used to collect information about how you interact with our website and allow us to remember you. We use this information in order to improve and customize your browsing experience and for analytics and metrics about our visitors both on this website and other media. To find out more about the cookies we use, see our Privacy Policy

How one scientist looked at simple Baker's yeast and saw what nobody else had seen…the most important nutritional breakthrough in the last 100 years. 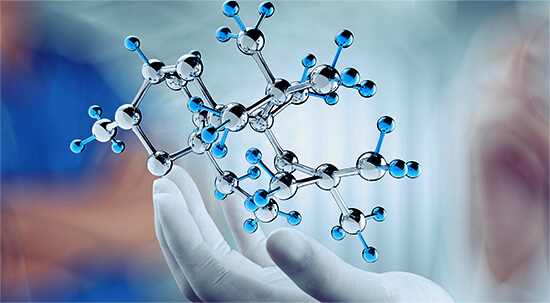 In 1997, Dr Wallace Bridge, an expert in bioprocessing who was working for one of the world’s leading manufacturers of baker's yeast developed an interest in exploring the world of glutathione. Baker's yeast is an inexpensive everyday ingredient known by most as an essential element in making bread. Wallace's job was straightforward… identify components of baker's yeast that were of high value and then develop the fermentation conditions to maximise their yields and the extraction processes for their purification.

Glutathione was, at the time, a somewhat under the radar product in the burgeoning nutritional field of antioxidants. Baker's yeast is a rich source of glutathione, in fact most glutathione in dietary supplements is now produced using baker's yeast. It was widely viewed then, and continues to be believed now that any compound that could elevate cellular glutathione levels could have broad therapeutic potential especially if this could be accomplished within hours.*

Wallace was employed by the University of New South Wales; Sydney Australia in 1999, where he continued with his glutathione focused research. It was known that glutathione is synthesized by the body in two sequential steps catalyzed by two separate enzymes. The first enzyme forms the dipeptide gamma-glutamylcysteine (GGC) and the second enzyme adds glycine to GGC to produce the tripeptide glutathione. An early paper by Dr Anton Meister (1983) had provided some evidence that the provision of GGC to cells could elevate their glutathione levels. Wallace wanted to explore GGC's potential but found that it was not commercially available. To address this, he and his PhD student Martin Zarka set about inventing a process to synthesize this glutathione precursor, – the ingredient now branded as Glyteine®.

Since then, Wallace, Martin, Rajan Shah (an experienced MIT trained chemical engineer), and the Baldini family (investors) have been working as a team tirelessly over the decades towards making the GGC dream a reality.

So, what started so many years ago has now resulted in the availability of Continual-G products that contain Glyteine®. These products are certain to be among the most important nutritional breakthroughs in the last 100 years, offering potential benefits that few could have imagined just a few short years ago.